Welcoming Week is an annual series of events during one particular week in September when neighbors, newcomers, and long-time residents come together in a spirit of unity. Through Welcoming Week, organizations and communities bring together neighbors of all backgrounds to build strong connections and affirm the importance of welcoming and inclusive places in achieving collective prosperity. This year Welcoming Week took place September 10th-18th and the refugee department kept busy with many events.

On Friday the 10th an open house was held where staff engaged the public in education on 5 of the main countries refugees are currently fleeing and the services provided through Catholic Charities. Guests were given a tour for an inside look at what working in refugee resettlement really looks like, viewing the many flags of countries served by the refugee department representing the broadest definition of “love thy neighbor” that Catholic Charities embodies.

Over the weekend, one of our Community Sponsorship groups completed their second move and furnished a home for a family of 7. They collected furnishings, unloaded and assembled furniture and transformed an empty home into a welcoming livable space, complete with bunk beds for the kids.

On Monday the 13th, guests were invited to watch short films outlining the refugee experience and discuss how they might best engage forcibly displaced people entering as new Americans. During these discussions, empathy exercises such as discussing what three things you would bring with you if you had to flee your country created a deeper understanding of what families may experience before arriving to the United States.

Saturday the 18th not one, but two events, were taking place. One for the newly arrived refugee families and another for those wanting to get involved in helping forcibly displaced people.

Through a partnership of Catholic Charities and Jewish Vocational Services newly arrived refugee families from multiple countries including Afghanistan, Democratic Republic of Congo, Myanmar and more were able to experience the Kansas City Zoo for the first time. Families were excited to have an outing that was focused on something fun rather than the often stressful tasks related to adjusting and becoming successful in a new country. Some of the most memorable moments were families commenting on how some of the animals at the zoo, such as baboons, were as common as deer in their home country and that it was nice to see the familiar animal without having to worry about their safety being close to the animal. Children were thrilled with being able to pet the sting rays and fluffy sheep during their trip. 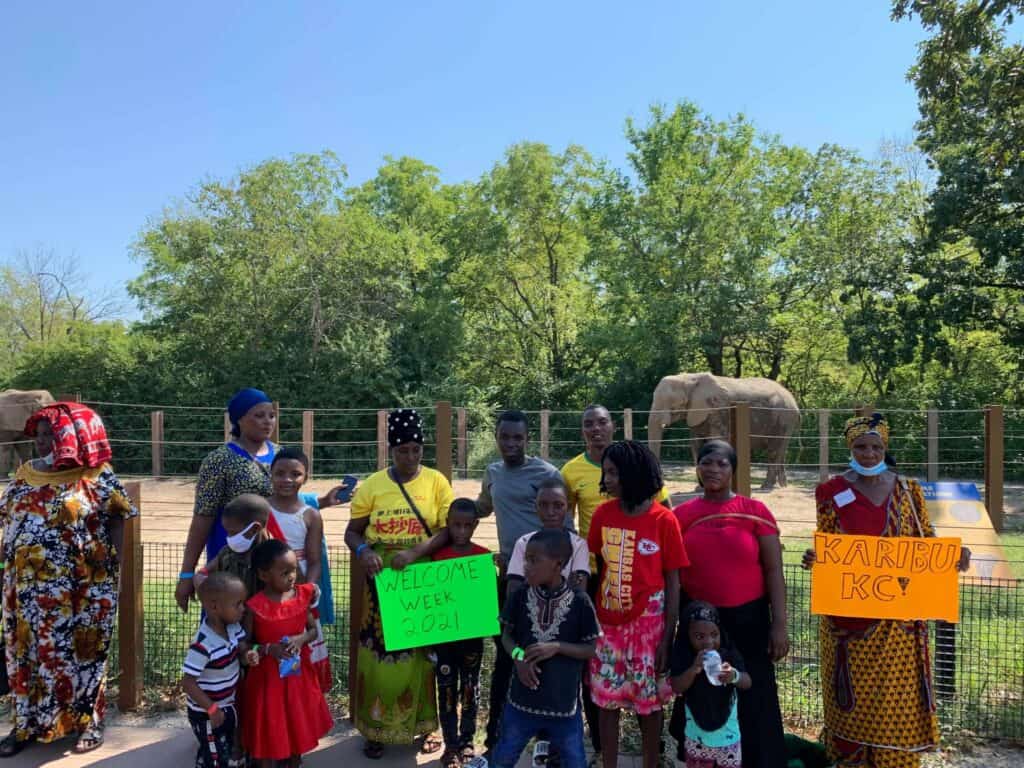 The presentation for those wanting to get involved in helping forcibly displaced people took place at Bishop Ward High School and generated a ton of questions and discussion on the refugee process and the Afghanistan Crisis. The outpouring of support for refugees and other displaced populations throughout the Kansas City area has been truly heartwarming and we are excited about the amount of new people in the community we will get to partner with in welcoming families to Kansas. 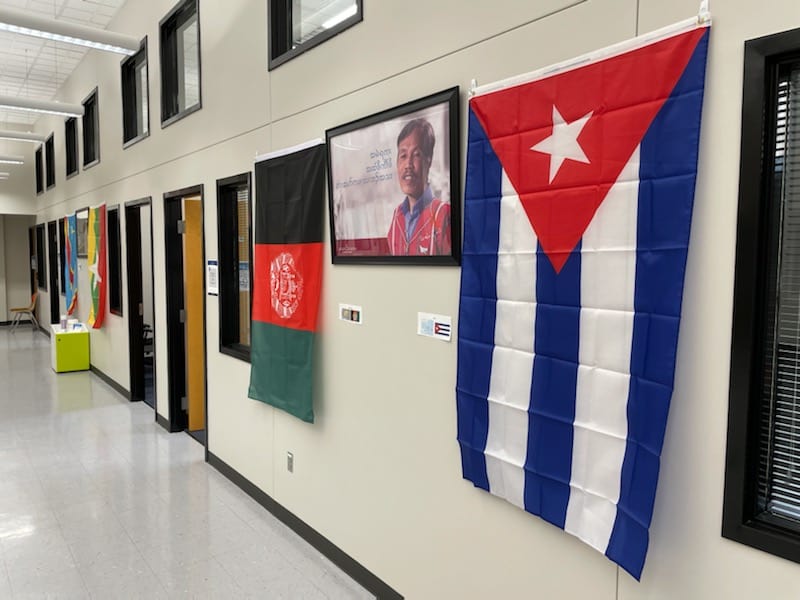 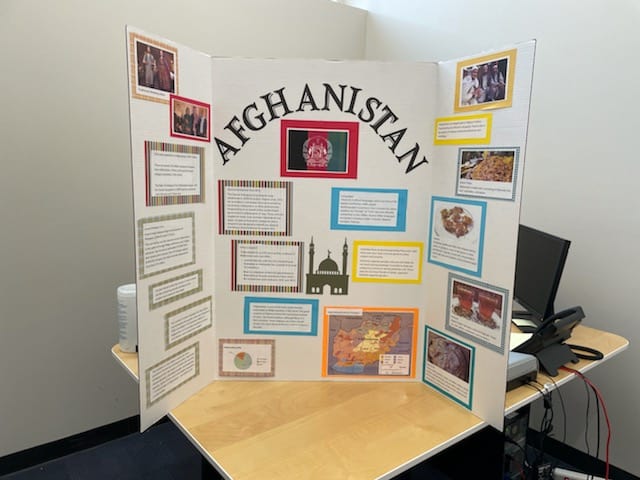 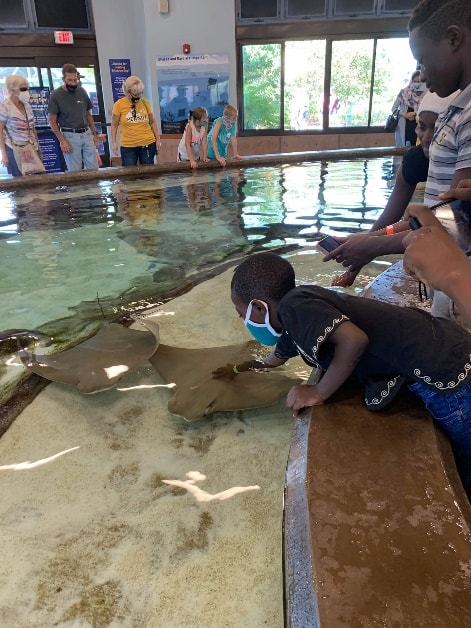