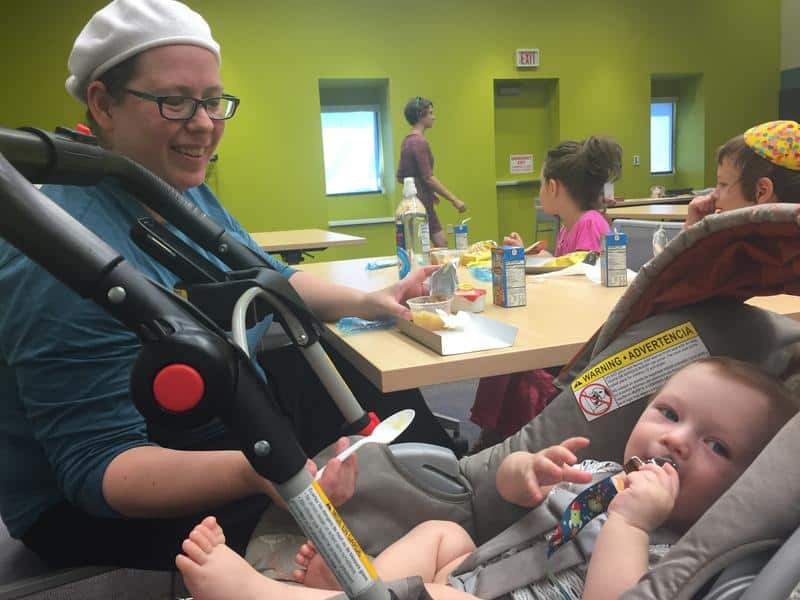 Michael Kraft likes to joke that he’s under pressure to come to the summer lunch program at Johnson County Library, Central Resource.

Last year, his kids won a prize — a bag full of goodies like stickers, markers and notepads — for eating the most lunches during their summer lunch program.

His two girls have their sights set on winning again. He takes his children about three to four times a week. Today’s menu was a cheese stick with marinara sauce, wheat crackers, applesauce and milk. Kids could also get an apple.

“Anybody with kids will tell you it’s pretty awesome if you can walk right in and get something right away,” Kraft says.

The Central Library offers lunches over the summer through the Summer Food Service Program, which is run by the Kansas State Department of Education  and funded by the United States Department of Agriculture.

Kelly Chanay, the assistant director of Child Nutrition and Wellness at the Kansas State Department of Education, says there are 698 sites approved or in the process of being approved to serve food so far this summer, a six percent increase from last year. She projects that by the end of the summer they will have around 800 sites operating.

Access to free, nutritional food over the summer is important to families who rely on free or reduced lunch during the school year, according to Emily Wildhaber, the program coordinator for the kid’s summer food program at Catholic Charities of Northeast Kansas. They sponsor the Central Library site.

“School lets out and there’s three months where families don’t have anything to fall back on,” Wildhaber says. “So the whole purpose behind the summer food program is to kind of fill that gap and to reach those families that depend on those meals with again nutritious, healthy meals that are equivalent to what they would have gotten in school.”

Kansas has struggled with providing lunch to students over the summer. A June 2017 report from the Food Research and Action Center found that Kansas ranked 45th when comparing Summer Nutrition Programs participation to regular school-year free and reduced-price lunch participation based on data from July 2016.

“I really try not to focus on that ranking because I feel like it is, it discredits all the hard work that our sponsors in our sites are doing,” Chanay says. 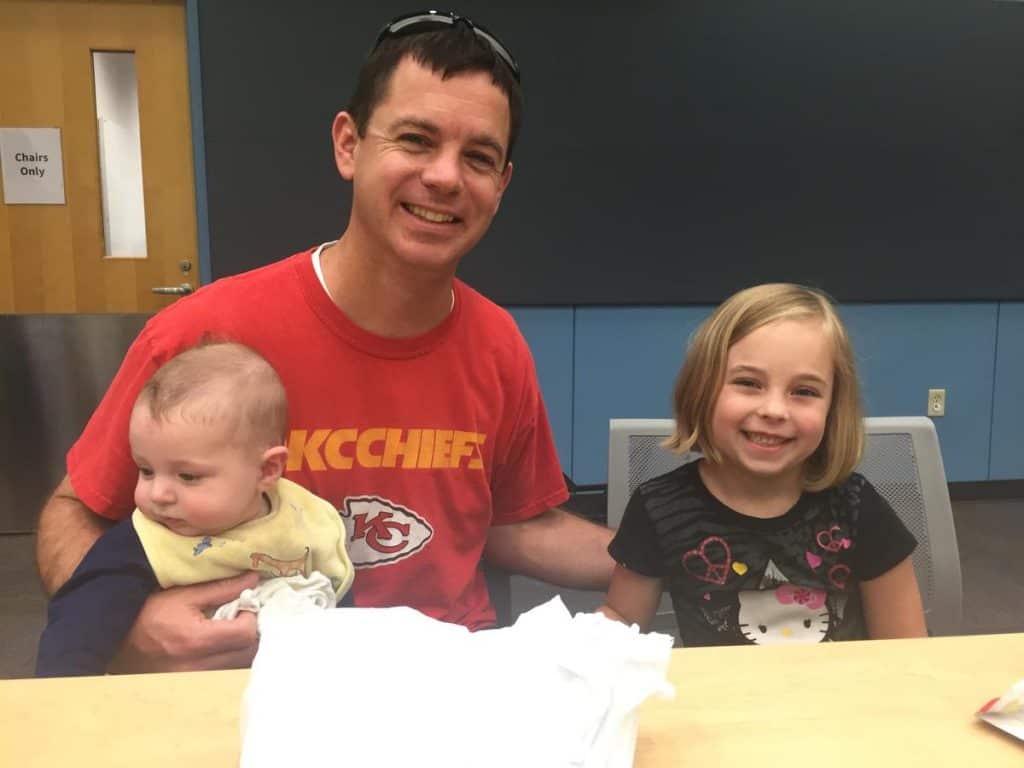 Central Library’s site is sponsored by Catholic Charities of Northeast Kansas. The group organizes volunteers to give out food. USDA reimburses them for the cost of each meal they provide to anyone 18 and under — not just those qualifying for free or reduced lunches.  Catholic Charities of Northeast Kansas also provides free lunches for adults bringing in their child, although adult meals are not reimbursed. Central Library serves lunch while other sites serve breakfast.

Elizabeth Quinn visits the Central Library with three of her children  for the free lunch. Chana Miriam Mazer is 8 years old and likes the apples while her 6-year-old brother, Dov Ber Mazer, likes the applesauce. This is the second year she’s been coming with her children.

“It gets us out of the house and coming to the library,” she says.

Ben Stamey, a father of a six-year-old girl and a 5-month-old baby, says he has seen more kids coming this year compared to last year.

According to Chanay, last year the library served 1,329 lunch meals.

“It’s a great resource for the community, I wish more people would know about it,” Stamey says.

The Catholic Charities of Northeast Kansas serves lunch at the Central library every Monday through Friday from 11 a.m. to noon.