Another Unprecedented Year for Snow Ball 2022

The 48th Annual Snow Ball raised a record breaking $3,754,657 — marking the fifth consecutive year that the event has raised over $3 million for Catholic Charities Foundation of Northeast Kansas! Guests celebrated in-person at the Overland Park Convention Center on January 15th, as well as virtually across the 21 counties of the Archdiocese and beyond.

Mark and Donna Teahan, parishioners at Curé of Ars Catholic Church, Leawood, Kansas, served as Presidents for this year’s Snow Ball. They were joined by Tom and Patti Schugel, who have been loyal supporters of Catholic Charities since the first Snow Ball in 1974.

Nate Bukaty, Sports Radio 810 WHB broadcaster, hosted the virtual reception which included stories of hope and interviews with the Catholic Charities team. The in-person event included heartfelt words of thanks from not only the Teahans, but Archbishop Joseph F. Naumann, D.D., and Lauren Solidum, President & CEO of Catholic Charities.

During her remarks, Lauren expressed gratitude for those who have been champions and advocates for those served by the agency. “Thank all of you for your care and compassion for the poor and, above all, your trust in Catholic Charities to create a vision and to provide the physical and financial support we need to see it through,” she said.

Lauren shared some of the agency’s successes of 2021, including the distribution of 225 tons of food to hungry families through mass food distributions; $2.38 million provided to keep families facing homelessness, eviction or disconnection, safely housed; and the reduction of $1 million of debt by the Family Financial Transformations program participants since its inception in 2015. “Despite many unforeseen service challenges throughout this ongoing pandemic, so much good has been accomplished this year,” she added.

Solidum also discussed some exciting plans ahead, which include the relocation of Shalom House Men’s Transitional Living Program; expansion of financial strengthening programs; and launch of two new social enterprises. Snow Ball funds are critical to these new endeavors, as well as supporting the existing programs and services which provide help, hope and hospitality to the most vulnerable children, women and men.

It takes an incredible group of individuals to make Snow Ball possible each year. A special thanks to the leadership of Mark and Donna Teahan, Snow Ball Presidents; Tom and Patti Schugel, Honorary Presidents; John and Mary Campbell, Patron Committee Chairs; Joe and Melissa Valenciano, Table Committee Chairs; those who served on various Snow Ball committees; and everyone who generously supported the event through the sponsorship of a table, purchase of a ticket or patron gift. 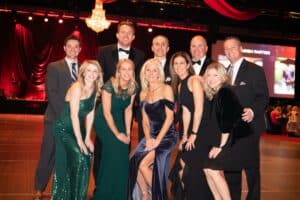 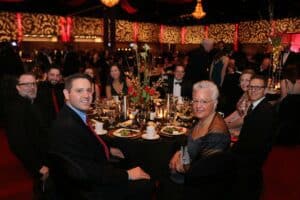 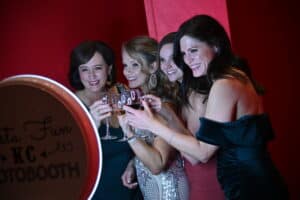 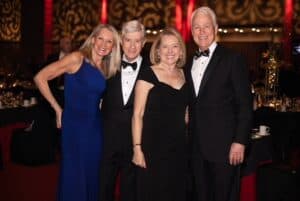