KANSAS CITY, Kan. — Ed Herman has seen the tears well up in people’s eyes and heard their heartfelt thank you as he hands groceries to those in need.

That’s why, when the majority of Catholic Charities’ volunteers have left because of the COVID-19 pandemic, Herman has chosen to stay on as a volunteer at Hope Distribution Center in Kansas City, Kansas.

“You feel like you’re doing something tangible and you can see the results immediately,” said Herman, a parishioner at Church of the Ascension in Overland Park.

“When you write a check,” he continued, “you know it’s going to go to purchase food and be distributed somewhere, someplace, to someone.

“Here, you’re engaged and interacting with people that have a need, and you can see the magnitude of those donations and how much of an impact that has on the recipients.” 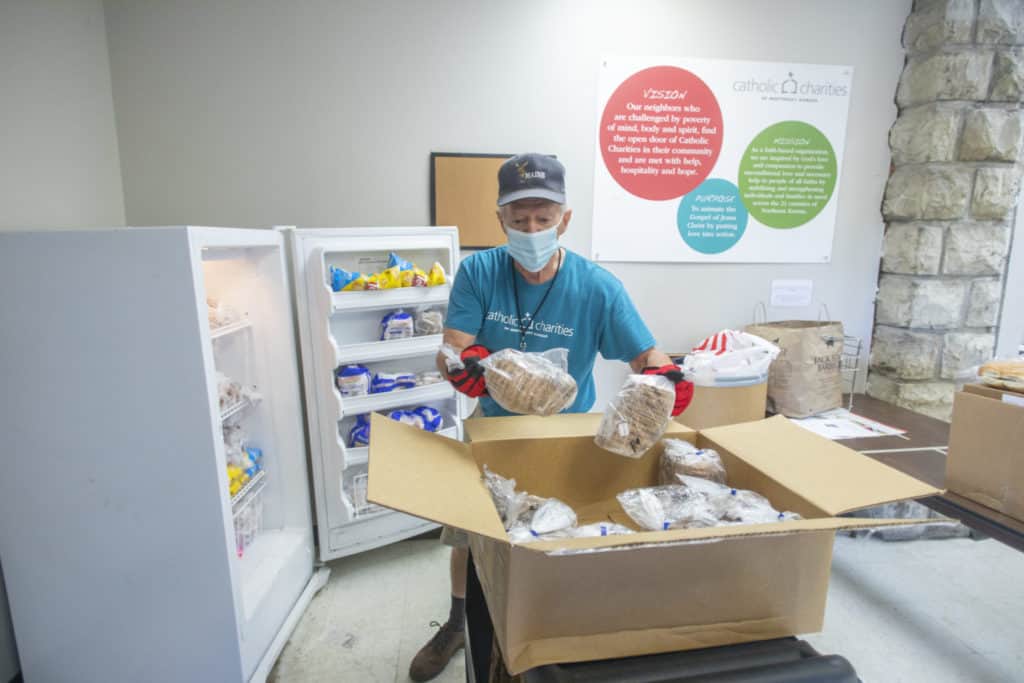 The situation at Catholic Charities is dire. The organization’s volunteers are down more than 80% from where they were a year ago (see below).

Even though Herman, at age 75, is at a higher risk of contracting COVID-19 than the general population, he feels the risk is worth it. It helps that he developed some good habits from his years traveling though undeveloped countries during his time as a banker.

“I got used to being around difficult conditions,” he said. “I know the things that cause you to be the most vulnerable. I maintain social distance. When I traveled, I would carry around a bag of wipes with me and every time I touched something, I would wash my hands.”

When COVID-19 struck and a lot of the volunteers left, Herman decided to stick it out.

CONTINUE READING AT THE LEAVEN