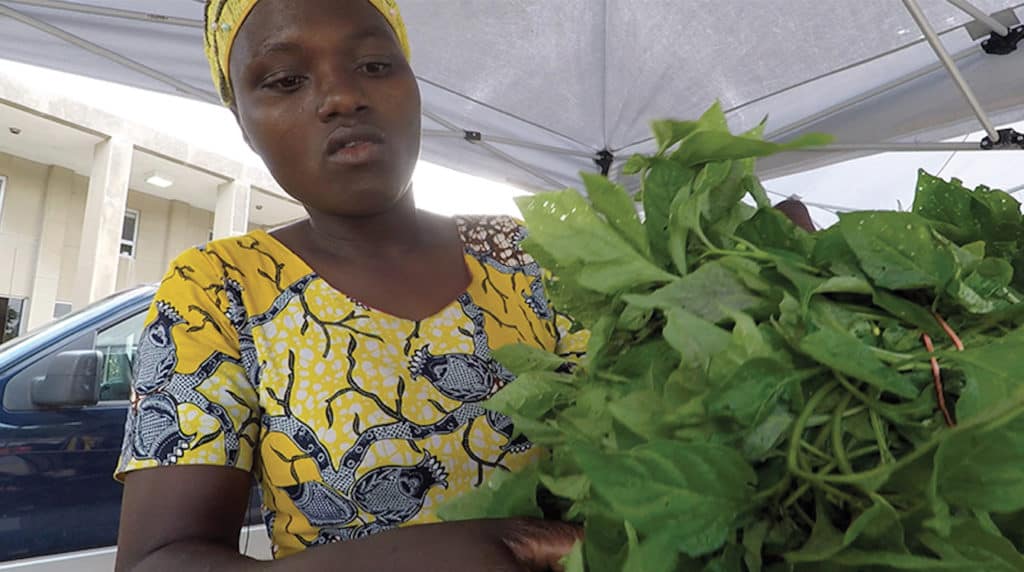 Weeding a garden under a hot Kansas sun in July is not what most people would consider fun.

But Mediatrice Niyonkuru is happy to do it.

Mediatrice is a farmer, or at least she’s learning how to become one. She is one of 16 people enrolled in Catholic Charities’ New Roots for Refugees program, which is a program designed to help people who came to the United States as refugees learn how to farm in Kansas.

From across the ocean

Mediatrice is from Burundi. She fled her homeland with her parents in the ’90s to escape a civil war. She then spent 20 hard years in a refugee camp in Tanzania before coming to the United States in 2015.

“The way we were taken care of because we were refugees wasn’t good,” Mediatrice said of her experience in the camp. “Sometimes, we didn’t have food to eat. There wasn’t much help. So if you were sick, you were left on your own.”

Continue reading at The Leaven