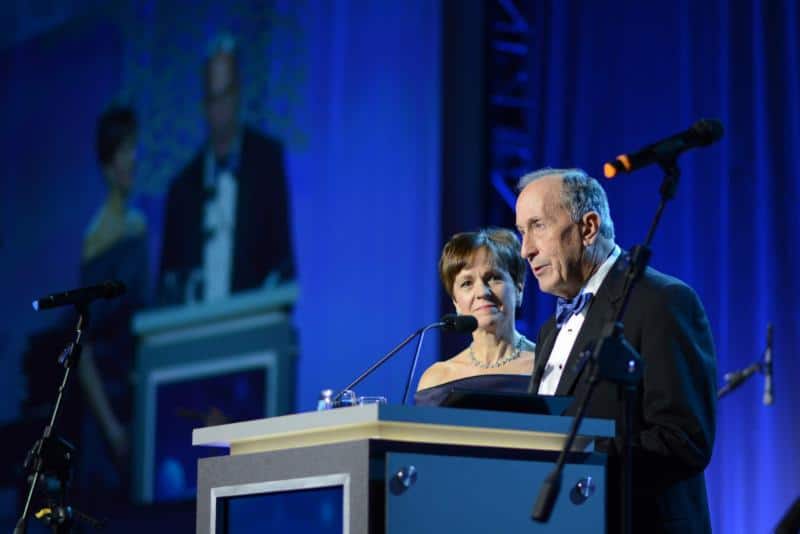 Although humbled at the prospect of leading Snow Ball and representing Catholic Charities, Neil and Fran Douthat didn’t exactly jump at the chance to serve as the 45th Annual Snow Ball Presidents. They hesitated because, while Catholic Charities serves people of all faiths, Neil would be the first non-Catholic to serve as Snow Ball co-president. After careful consideration, they concluded that this role would enable them to reach not just the Catholic community, but the community at large.

“For us, raising awareness that Catholic Charities serves anyone in need, Catholic or not, is just as important as fundraising,” said Fran.

Even though awareness was their focus, the fundraising was also a huge success. Together, with the help of the Snow Ball Patron and Table Committees and countless hours of committed fundraising, they surpassed $3 million–making it one of the largest amounts raised in Snow Ball history, second only to last year. Thank you, Neil and Fran, for your servant leadership, hard work and commitment to our mission.